In 1823 James Fenimore Cooper wrote The Pioneers, the first of what came to be called his “Leatherstocking Tales.” The story features the aging Natty Bumpo, a white man more at home in the forest with his Mohican friend Chingachgook than in what was loosely called “civilization.” Cooper tends toward the Romantic and glorifies the native people somewhat, but his tales are one of the first serious attempts by an American intellectual to deal with the problems of an expanding white population and its effects on the wilderness and the native people. 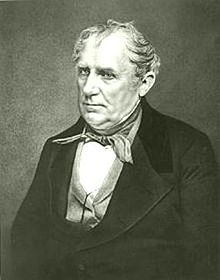 In a fairly lengthy episode in The Pioneers Cooper describes an annual fishing assault by the people of the fictional village Templeton, New York located on the very edge of the wilderness. I call it an assault because it is described that way by Cooper who draws a fascinating contrast between the way the white inhabitants of Templeton net the fish by the thousands and the way Bumpo, accompanied by his native friend, catch their fish. After the eager citizens of Templeton have pulled their straining net to land and unloaded an estimated two thousand fish which they plan to pass around to the villagers, Marmaduke Temple, the founder of Templeton and one of the main characters in the novel, confronts his daughter Elizabeth holding “a bass that might have weighed two pounds, and, after viewing it a moment, in a melancholy musing, [says] ‘This is a fearful expenditure of the choicest gifts of Providence. These fish, Bess, which thou seest lying in such piles before thee . . . by tomorrow evening, will be rejected food on the meanest table in Templeton.'”

Elizabeth worries about the waste, since she knows it is not possible for the villagers to eat all of the fish. Most will rot or be eaten by the wild animals. Marmaduke sympathizes with his daughter briefly and then joins the other villagers in their attempt to make a second haul!  As the scene is drawn before us we see in the dwindling light Natty Bumpo appear in a canoe with his friend Chingachgook as they cruise the lake quietly and Natty calmly spears several fish which he plans to take back with him. Marmaduke and the others upon seeing him offer him some of their fish: “Approach, Mohican. . . approach leatherstocking, and load your canoe with the bass. It would be a shame to assail the animals with the spear when such multitudes of victims lie here that will be lost as food for the want of mouths to consume them.” Natty turns him down, “I eat of no man’s wasty ways. I strike my spear into the eels or the trout when I crave the creatures, but I wouldn’t be helping myself to such a sinful kind of fishing for the best rifle that was ever brought out from the old countries…”

As is so often the case with Cooper’s tales — which were widely read in England and Europe and had a powerful effect on people like Thackeray and even George Eliot — the author has crafted a parable for our times. We can work past the romantically exaggerated picture of the “noble savage” and we will find in the end a tale that tells us a great deal about ourselves, things we may not want to recognize or admit are true. Cooper was one of the first to see clearly the damage we could do to the environment and the wilderness in our voracious attempt to get as much from the earth as possible in the shortest amount of time.