Because of a very interesting comment on one of my recent posts, my attention was drawn back to a distinction I have noted before but one which we as a culture have lost sight of totally. I refer, of course, to the distinction between “want” and “need.” Now, it might be said that distinctions are of interest only to philosophers — and others of their peculiar type — but in fact they help us to be clear about what it is we are saying. In this case, the distinction goes to the heart of some rather alarming mistakes we are making as a culture. I refer to the mistakes we have made both as parents and teachers. 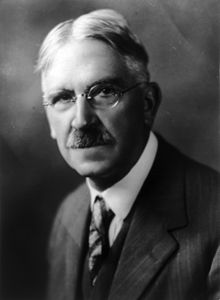 In education, the movement to “progressive,” child-oriented education under John Dewey and the faculties of  Columbia University Teacher’s College and the University of Chicago Laboratory School that followed after him led directly to the present deterioration of our educational system and also to poor parenting. Dewey thought at the time, in the early thirties, that the schools were too focused on what was being taught and had lost sight of who were being taught — namely, the children. To an extent this was true, but his followers got the bit in their teeth and, contrary to Dewey’s intention, ran with the notion that education should be totally focused on the child and the substance of what was taught really didn’t matter. It took a while and it was not without its critics, but “progressive education” and what we might call “progressive parenting” were born. The most profound comment I have ever read about this mistake was made by the philosopher Hannah Arendt in an article she wrote in 1969. At that time she said:

“. . .progressive education which, by abolishing the authority of adults, implicitly denies their responsibility for the world into which they have borne their children and refuses the duty of guiding them into it.”

The focus here, not only in education but also in parenting since the 1950s at least, is on the fundamental difference between what children want and what they need. In addition, Arendt draws attention to the fact that parents and teachers are, whether they like it or not, authority figures. And we ought to act like it. But we do not. We ask the children what they want to do or learn and take our cue from them. Thus we absolve ourselves of the responsibility of making those choices for them, despite the fact that we must realize that those children really have no idea what they need and in many cases don’t even know what they want. Like it or not, it is the parents and the teachers who must make the decisions for those too young to be expected to make them themselves.

In any event, gradually teachers and parents ceased to play the role of authority figures and turned the raising and teaching of their children over the what Christopher Lasch called “the helping professions,” the behavioral psychologists and social workers who claimed to know what was best for the children and founded that knowledge on the answers the children gave to the question “what do you want to do (learn)?” By asking the children, or students, what they wanted to do or learn we gradually lost sight of the question of what they needed to know and in doing so (as Arendt so astutely pointed out) absolved ourselves of the responsibility of raising or teaching the children what they need to know and do in order to work their way through the maze that is the modern world. In a word, we took the path of least resistance and in doing so abandoned the children to their whims and fancies. Not a good way to do things.

In the end, the focus on what children and students need got lost in the tizzy to give them what they wanted and thus was born the age of entitlement. And this is the world we live in at present while we struggle to figure out what went wrong. Our kids, especially the so-called “millennialists,” are confused and bewildered and ultimately without direction or purpose. And it is their parents’ and teachers’ fault that these young people are now  a part of the confused generation, wondering what went wrong and which direction will lead them to success, properly understood as well-being and happiness. That road begins and ends with the answer to the question: what do these young people need? And while adults may struggle with the answer to this question, we have a better take on it than do those who are too young to have learned where the blind alleys and dead ends are.

5 thoughts on “Want and Need”