We should all be outraged that there is no outrage over this travesty. Imagine if this were your family cemetery!

It Is What It Is

Just put yourself, for one second, in the situation described above.

What is the difference between Arlington Cemetery and the Native American Sacred Burial Grounds??

Really, truly … what is the difference?

Can anyone venture and tell me there’s a difference?

Where’s the outrage, the scrutiny and the mainstream media coverage? 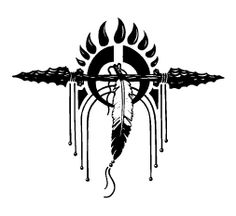 The Recognition of Native American sacred sites in the US could be described as:

“specific, discrete, narrowly delineated location on Federal land that is identified by an Indian tribe, or Indian individual determined to be an appropriately authoritative representative of an Indian religion, as sacred by virtue of its established religious significance to, or ceremonial use by, an Indian religion”.

The sacred places are believed to “have their own ‘spiritual properties and significance'”. Ultimately, Indigenous peoples who practice their religion at a particular site, they hold a special and sacred…