I recall reading years ago about the results of a study that showed beyond doubt that the self-esteem movement was based on a faulty assumption. Telling kids they were great because they breathed in and out on a fairly regular basis did not, in fact, breed self-confidence. In California, where the self-esteem movement was started, the study was denied by at least one city councilman who said: “I don’t care what the evidence shows. I know it works.” In fact, the study showed that the kids who were told they were great knew damned well they were not and what was bred was not self-confidence but contempt for their elders. I worked with kids for years and, believe me, they know when they are being duped. They sense falsehood the way a dog senses fresh meat on the floor. They may not be able to articulate it, but they sense falsehood and pretense.

In any event, the doubting of science is not new and it seems to have been given new life in recent years as people who should know better insist that scientific evidence about climate change is bogus and science, in general, ought to be dismissed out of hand as an attempt to alarm and upset the rest of us. The people who make these outrageous claims are obviously in denial (or the pockets of Big Oil) as they proceed to make their coffee in electric coffee-makers, make office calls to their local physician when in pain, drive their automobiles, fly around the world in airplanes — all activities involving faith in scientific ingenuity. In a word, we have here a case of denial in the form of selective beliefs. We reject those beliefs we find uncomfortable and we adopt as certain those that make us feel good.

This would not be a serious problem, of course, if we weren’t talking about the survival of the human species and possibly even the planet itself. Selective belief has been around, I dare say, since the dawn of time. For all we know the saber-tooth tiger fell victim to it! But we are now living in an age in which the rejection of science borders on the insane. Science is not THE answer to all our problems. Heaven knows, Horatio, there are more things in Heaven and Earth than are dreamt of in science. But, at the same time, science can provide us with a fairly certain guide to human conduct that will not only fly us anywhere we want to go, but also help us avoid the deep pitfalls that await those who insist upon walking around with blindfolds across their eyes. 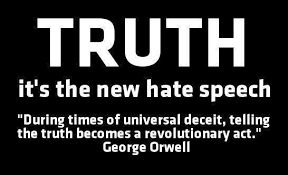 I am a firm believer in testing all claims to truth. Critical thinking is essential if we are to survive as individuals and as a species. But it is not critical thinking that insists upon the rejection of scientific truth; it is sheer stupidity, if not duplicity. There are certain things that are beyond doubt: the probability is so high as to approach certainty. When 97% of the scientific community agrees about the dangers of continued abuse of the planet, we can be fairly confident that this is true — even if we can’t follow their arguments and decipher their complicated data.

It pays us to be cautious when the stakes are as high as they are. And it pays to check for hidden agendas among those who deny climate change as well as those who insist it is a fact. The deniers have a great deal at stake, to wit, their increasing profits in the sort term. The affirmers are scientists who are simply concerned about the future of this planet and who have no hidden agendas — despite all the false charges laid at their feet. It might be the better part of wisdom to pay attention to those who are shouting alarms in increasingly louder voices and ignore those who insist on looking the other way. It just makes sense.