(Aside: I am in the process of culling my blog posts to select those that are the best of the lot. I am planning to publish those in the not-too-distant-future. In the meantime, I will probably have little new to say and will instead post here some of the past blog posts that will eventually find their way into the book — I hope. Thanks for bearing with me.)

One of the catch words in institutions of higher education these days is “diversity.” What is meant by this word is “cultural diversity,” an attempt to assure students that they are receiving a broad education and that they are being introduced to a variety of world views. The idea is that in doing this they will realize that theirs is only one of a great many ways to look at the world. It is a worthy objective, even though, according to recent studies, the diversity appears to focus on feminism and very little else — despite the fact that women, as far as I know, do not constitute a separate “culture.” It is hardly adequate to look in some depth at a single minority viewpoint in at attempt to broaden the student’s awareness of the complex world in which he or she lives, though it is certainly a step in the right direction.

In any event, there is no doubt that there are indeed a great many ways of looking at our common world and any attempt to broaden the narrow strictures of the average student’s world view is deserving of applause. Cultural differences are real and worth noting. I know, for example, when I watch my favorite British mysteries I miss a great deal in the way of nuance, “inside jokes,” colloquialisms, and terms that the Brits use with great familiarity which are nearly foreign to me. Humor seems especially culture-bound. In reading a translation of a book written in a foreign language, again, I realize that I miss a great deal of the subtleties that are picked up by someone reading the same book in the language in which it was written. But one can dwell too long and hard on the differences and miss the all-important similarities. 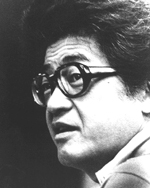 For example, while reading a novel by Japanese novelist Kobo Abe — generally regarded as one of Japan’s greatest modern writers — it is inevitable that I will miss a great deal since I do not read Japanese, have never visited the country, and must rely on a translator to give me a peek into what the fuss is all about. But at the same time, what impresses me most after all is said and done is the universality of human experience: Abe is writing about other human beings (albeit fictional characters) who are just like you and me. In fact, I am told on the dust jacket that Abe’s novel, Secret Rendezvous, “reads as if it were a collaborative effort of Hieronymus Bosch, Franz Kafka, and Mel Brooks” — all Westerners. It seems to me this is of vital importance in the discussion about cultural diversity: we differ from one another in so many ways but in most important respects we are really all alike. The differences are exaggerated by advocates of cultural diversity at the cost of recognizing the all-important similarity of human experience and the fact that we share a common human nature.

In the end, therefore, I would come down on the side of intellectual diversity over cultural diversity, making sure students are aware of different ways of thinking about their world as opposed to simply cataloging cultural differences.  In fact, I might go so far as to say that the cultural differences are trivial and much less important than the similarities. The fact that we can communicate with one another — even in translation — is of central importance, especially with regard to the education of young minds. Intellectual diversity, in this regard, is of major importance in education, making sure the student is not simply becoming indoctrinated into one way of seeing things (the professor’s way, generally), but becoming aware that similar problems can be approached in many ways and that the same rules of logic and inference apply across the board. It is ironic that defenders of cultural diversity have attacked Western intellectual tradition as a system of ideas put forward by “dead, white European males,” when, in fact, there is no better arena for conflicting ideas — that is, intellectual diversity. And it is precisely this sort of diversity that engenders thought, not random information about diverse cultural experience. Let’s not stress differences in cultural viewpoint to the extent that we ignore essential human similarities. And while we are at it, let’s assure that the student is being immersed in a variety of conflicting ideas: education is less about information than it is about engaging with some of the best minds that ever set pen to paper — especially those who disagreed with one another about practically everything.