“From the eighteenth century onward, enlightened opinion has held that art plays an important part in the life of the individual and society, some would say a decisive part.” (Lionel Trilling)

It has been said that if four artists were to sit down on a hillside and paint a landscape the result would be four entirely different paintings. The reason, of course, is that each artist interprets what she sees differently. I would argue that it is precisely the interpretation that makes art. The artist does not merely copy what she sees (as Plato would have it), she creates an entirely new work each time. It’s what makes art art and not, say, craft. The two differ in that one respect.

There are craftsmen who can reproduce what they see in exact detail. Some of their works are more accurate than a photograph. With rare exceptions, what they produce are not works of art. There may be artistic elements in the craftsman’s work — the determination of what to copy, the arrangement of the items in the work, and the like. But the work as a whole usually lacks the truly creative element and this is what is essential: art is so much more than a mere copy. 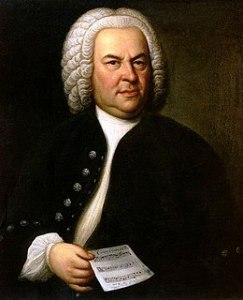 In performance, the artist creates a new work every time she performs a work. I recall in college when we were discussing Bach’s “Goldberg’s Variations,” we listened to a performance recorded by Wanda Landowska — regarded at the time as one of the very best harpsichordist in the world. The tutor who was leading the discussion — himself a performing artist (and a Jew who had been sent to a Nazi prison camp where he had his fingers smashed so he could no longer play the piano. That’s what they did.) — continually noted that Landowska was repeating and/or playing slower than Bach had indicated in the score. The tutor did not regard this as a fault. Rather, he insisted that this was the mark of the true artist as performer: taking the work as written and interpreting it in her own individual manner. This was the creative artist performing the work of a creative genius.

Many years later I recall listening to a recording of a Bach organ piece I was familiar with played by a friend of mine in which he played the piece much, much slower than anyone else I had ever heard play the piece. He admitted it was much slower than Bach had even intended. But it was the way he thought the piece should be played. It was his interpretation: it was his work of art — courtesy of Johann Sebastian Bach.

The dancer interprets the music she dances to and the actor interprets the character he plays on the stage. No two dancers will dance the same dance the same way — and the same dancer will likely dance it differently each time she performs the piece. So also with the actor. Dustin Hoffman’s portrayal of Willy Loman is unique. The element of interpretation is the creative element which makes each performance a work of art. The music on the sheet or the lines in the script are in themselves works or art — or they can be. But the performance is a new creation each time it is performed.

The craftsman, as mentioned, can reproduce an exact copy — at times with exceptional accuracy. Norman Rockwell regarded himself as an “illustrator,” not an artist. He worked from photographs and the results were remarkable in their own way. But they were not works of art — with a few rare exceptions. The element of interpretation was missing almost always as Rockwell simply chose to reproduce what he saw. And he did this with remarkable skill. His works are highly treasured as the works of a man who could present us with scenes from ordinary life that generated strong sympathetic responses. But those responses are the same that we might feel if we were to see a photograph of the same scene, or reflect back on scenes from our childhood. They are not the responses that a truly sensitive person feels when regarding a work of art; they are not aesthetic responses . The spectator, in the latter case, responds to the mysterious element of creativity, that sudden expression that suggests the artist’s interpretation of what was seen.

In art, therefore, we have three different elements: the artist herself who paints, sculpts, composes, performs, or plays; the work itself which must contain the element of creative interpretation; and the response of the spectator who also interprets. Each work is unique, as is each performance and each response. It’s no wonder, then, when no two people agree about the same work of art — because no two people see the same thing and the object itself is highly suggestive, rich with possibilities.

This does not mean we cannot discuss art, of course. There is still something “out there” that we respond to in our own way. The person who is practiced in viewing art will often be able to point out features that another might miss and there may be features of the work that have yet to be uncovered and that we can come to see or hear if we open ourselves to it and to one another. But the point is that there is something to discuss and agree or disagree about. It’s not all a matter of opinion. Not by a long shot!

And it is one hellovalot more interesting and enriching than the toys we have become fascinated with.